Book a private one day tour to Jericho and Bethlehem. Visit Jericho, the oldest and lowest city on earth and enjoy a visit to monastery in Mount of Temptation and Hisham’s Palace. Visit the town of Bethlehem to explore the Christian sites including the Church of the Nativity, the birthplace of Jesus and the Shepherd’s Field. 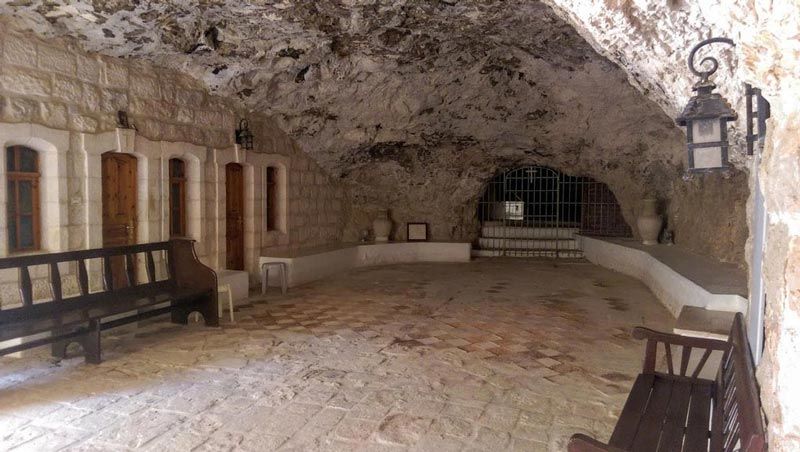 Drive to visit Jericho, the lowest and the oldest city on earth, your first stop will be taking the cable car up to Mount of Temptation, to the Monastery of the Temptation, where Jesus was tempted by the devil (Matthew 4:8). The cave inside the monastery is where Jesus had fasted and meditated for forty days and nights (Matthew 4:2). From the cable car, you will be able to see the ancient Jericho archaeological site.

On the way back to Bethlehem, you will visit the Shepherds Field where the ‘shepherds kept watch over their flocks by night’ and ‘an angel of the Lord appeared to them’ (Luke 2:8-10).

Arrive at Manger Square and the Church of the Nativity. Enter through the lowered Door of Humility to the Basilica of the Nativity, and down to the Grotto of the Nativity, an underground cave which is the site where Jesus was born and a silver star is marking the exact spot. You will visit the Church of St. Catherine, the Chapel of Saint Joseph (Where the angel of God appeared to Joseph and commanding him to flee to Egypt (Matthew 2:13), visit the Chapel of Saint Jerome, where he translated the Bible into Latin, and the Chapel of the Innocents which commemorates the children who were killed by Herod (Matthew 2:16-18).

A short walk to the Milk Grotto, where according to tradition, a drop of milk felt on the ground while Mary was nursing the baby Jesus and the grotto turned into white color.

You will be taken to the roof of an old building to see a panoramic view of the Old City of Bethlehem and you will visit a local olive wood workshop and have the opportunity to buy locally produced olive wood souvenirs from Bethlehem.

Drive back to Bethlehem 300 Checkpoint where the tour will end and you will take public transportation back to Jerusalem.

PLEASE NOTE THAT HISHAM’S PALACE IS PARTIALLY CLOSED DUE TO RESTORATIOIN WORK IN THE SITE UNTIL May/June 2020.
THE SITE CAN BE PARTILY VISITED OR THE VISIT CAN BE REPLACED WITH JORDAN RIVER OR VIEW OF SAINT GEORGE MONASTERY IN WADI QELT IF YOU PREFER TO DO THAT.

✓ Pickup and drop off at Checkpoint 300 or Bethlehem hotel

✗ Hotel pick up and drop off outside of Bethlehem

You’ll make your own way to Bethlehem 300 Checkpoint (crossing point between Bethlehem and Jerusalem) where your guide will meet you after you cross to Bethlehem side.

Meeting point at Bethlehem 300 Checkpoint.
Check How to get from Jerusalem to Bethlehem
(Click here to look up the location on google maps)