Enjoy Bethlehem and the amazing Monastery of Mar Saba, one of the oldest continuously active Christian monasteries in the world located in the middle of nowhere, in the Judean Desert facing the Kidron Valley. Explore a city of biblical history from Kind Davids’ time to today’s life. Walk in the city’s quarters, learn about local olive oil production and handicrafts, visit the Church of Nativity, Shepherd’s Field, visit Aida refugee camp and see Banksy Graffiti’s. 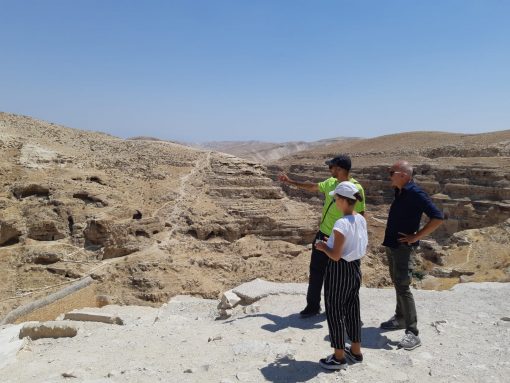 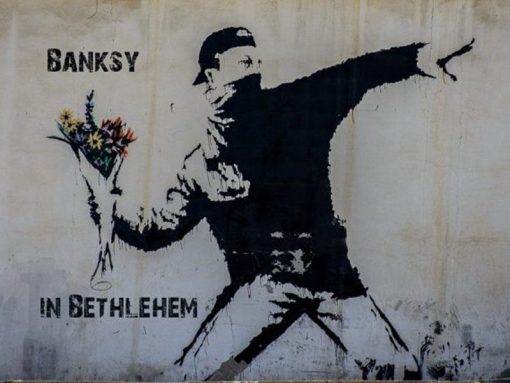 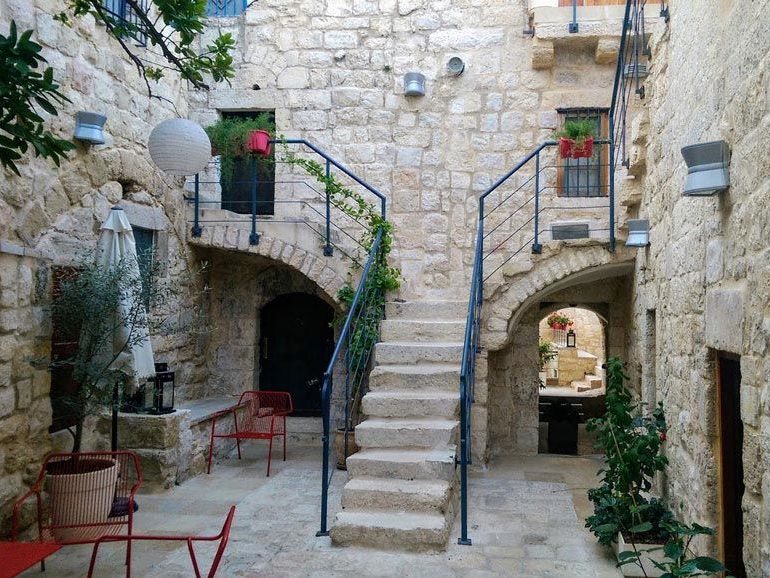 The day will begin with a drive in the suburb of Bethlehem to visit Mar Saba Monastery in the Judean Desert, built into the side of a cliff in the desert back in the Byzantine time and one of the largest and most historic Christian monasteries in the world. Only men are allowed to enter the sanctuary, however, with our private Mar Saba tour, women can enjoy the breath-taking view of the Jordan Valley and view the interior of the monastery from the base of the southern tower, which lies outside the walls.

A short drive Beit Sahour. The historic town, whose name means “Place of the Night Watch”, in reference to the Shepherds who keep watch over their flock by night, lies 1km east of Bethlehem. In the past, the Canaanites inhabited its numerous caves, and today it is the home of many churches and convents. Churches now mark the sites of Shepherds Field, the Field of Ruth and the Well of the Lady.

Visit the Shepherd’s Field, located in the town of Beit Sahour 2 km east of Bethlehem. The angels of the Lord appeared before shepherds bringing them good tidings of the birth of Jesus. Joined with a multitude of heavenly hosts, the angel sang ‘Glory to God in the Highest and on Earth, Peace among men.’

Back to the Old City of Bethlehem and it’s quarters . We will walk the “Star Street“, Visit the Syriac Quarter; one of the old quarters of Bethlehem were the locals of Bethlehem live and we will stop by the old entrance of Bethlehem; it’s believed that Joseph and Mary passed coming from Nazareth to Bethlehem.

Visit the Nativity Church, built by Justinian in 530 AD entering the Byzantine basilica from the Door of Humility and see the first church of Constantine’s original floor from 326 AD. Take the steps down to the grotto, the spot where Jesus was born and visit the Church of Saint Catherine and the Caves of Saint Jerome to see the place where he translated the bible in the fifth century. The Nativity Church is listed as UNESCO world heritage site.

Visit Al Badd Museum for Olive Oil Production, also called Badd Jackaman, The museum is situated in the Old City of Bethlehem and dates back as far as the 19th century. The Museum houses many ethnographic and archaeological artefacts featuring the entire process of oil production. The exhibit shows the many uses for oil, such as, lamps, medicine, food, soap and even cosmetics. “Opening hours: 08:00-14:30 Monday to Friday and Saturdays”

Walk Milk Grotto street to the Church of Milk Grotto. According to tradition, it’s believed that The Virgin Mary was feeding baby Jesus and a drop of milk fell on the ground and turned the stones white.

By the end of the day, you will visit Banksy Graffiti’s and see the separation wall, visit Aida Camp and The Walled Off Hotel “Banksy Hotel”.

End of the day.

✓ Pickup and drop off from Bethlehem 300 Checkpoint or from your hotel if you are staying in the city of Bethlehem.