Banksy’s “The Walled Off Hotel” 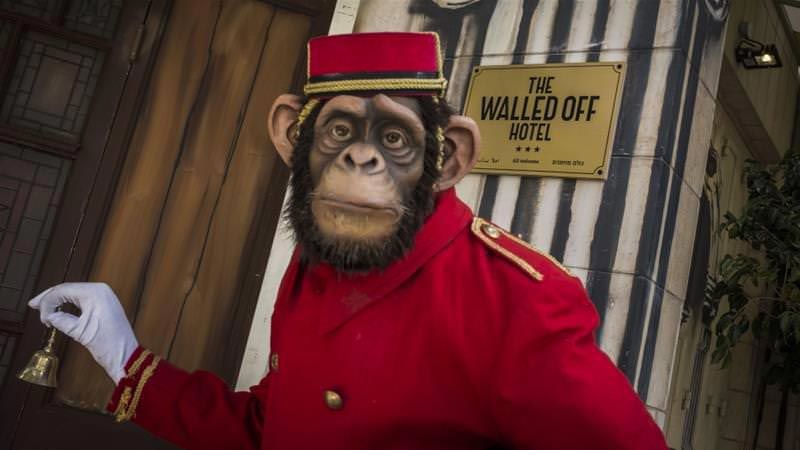 Banksy’s “The Walled Off Hotel”

Secretive British street artist Banksy has opened a hotel next to Israel’s separation wall in Bethlehem, his latest artwork in the Palestinian territories.

The Walled Off Hotel is only four metres from the wall which cuts through the occupied West Bank and all the rooms face it.

“It has the worst view of any hotel in the world,” Banksy said in a statement.

The artist himself was not in attendance, though dozens of his new works adorn the walls.

Above one bed an Israeli soldier and Palestinian protester fight with pillows, while a television supposedly showing CNN is cracked and backwards.

In the presidential suite, a working jacuzzi is fed from a leaking water tank similar to those that adorn the roofs of many Palestinian homes. 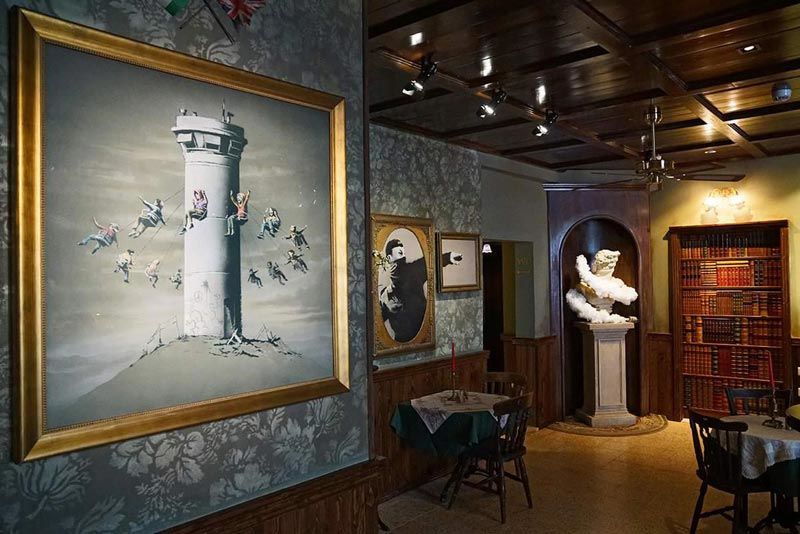 An inside view of the Walled Off Hotel.
There is also a gallery selling Palestinian art and a museum highlighting the history of the region and Western interference in it.

At a push of a button, a moving statue of Arthur Balfour signs the decree which promised Jews a homeland in the land at that time called Palestine.

Seven of the bedrooms were designed by Banksy himself. Two others were dreamed up by Canadian and Palestinian artists.

The wall is one of the most striking symbols of Israel’s 50-year occupation, and has become a major focus for demonstrations and art work.

“Israel began construction on the wall in 2002, saying it was meant to keep out would-be attackers. But critics argue the wall serves as a de facto annexation of Palestinian land.”
According to the International Court of Justice it is in clear violation of international law.

The Banksy statement said the hotel “offers a warm welcome to people from all sides of the conflict and across the world”.

Banksy has maintained his anonymity despite numerous theories and attempts to reveal his identity since he started stencilling on walls in his native city of Bristol in southwest England more than a decade ago.

His artwork comments on war, child poverty and the environment, and has a long history in the Palestinian territories.

In February 2015, he allegedly sneaked into the Gaza Strip through a smuggling tunnel and painted three works on the walls of Gaza homes destroyed in Israeli air strikes during the previous year’s conflict.

In 2007, he painted a number of artworks in Bethlehem, including a young girl frisking an Israeli soldier pinned up against a wall.

Banksy documentary: Welcome to the Banksy art hotel in Bethlehem
By Channel 4 News
In 2005, he sprayed nine stencilled images at different locations along the eight-metre-high wall.

They included a ladder reaching over the wall, a young girl being carried over it by balloons and a window on the grey concrete showing beautiful mountains in the background.

Tourism companies have long complained that the wall and Israel’s occupation have crippled the tourist industry in Bethlehem, considered the birthplace of Jesus.

But Banksy art has attracted visitors, and Walled Off Hotel manager Wisam Salsah said he hoped the new project would continue this trend. 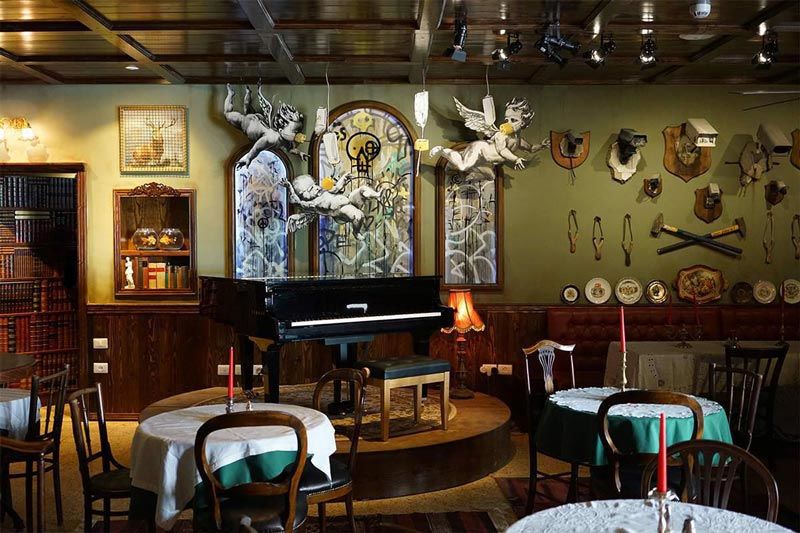 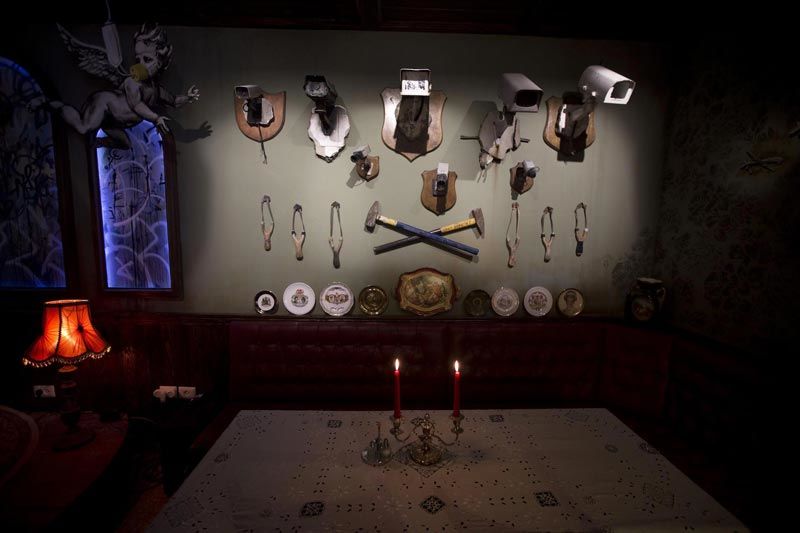 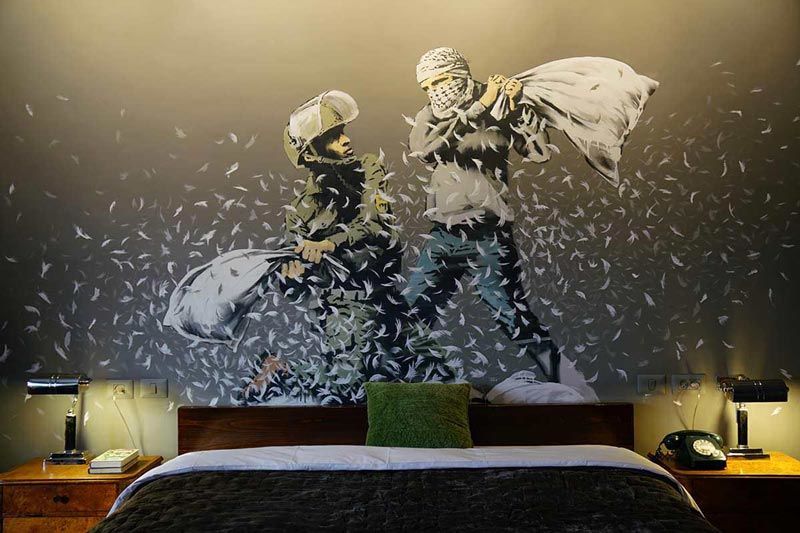